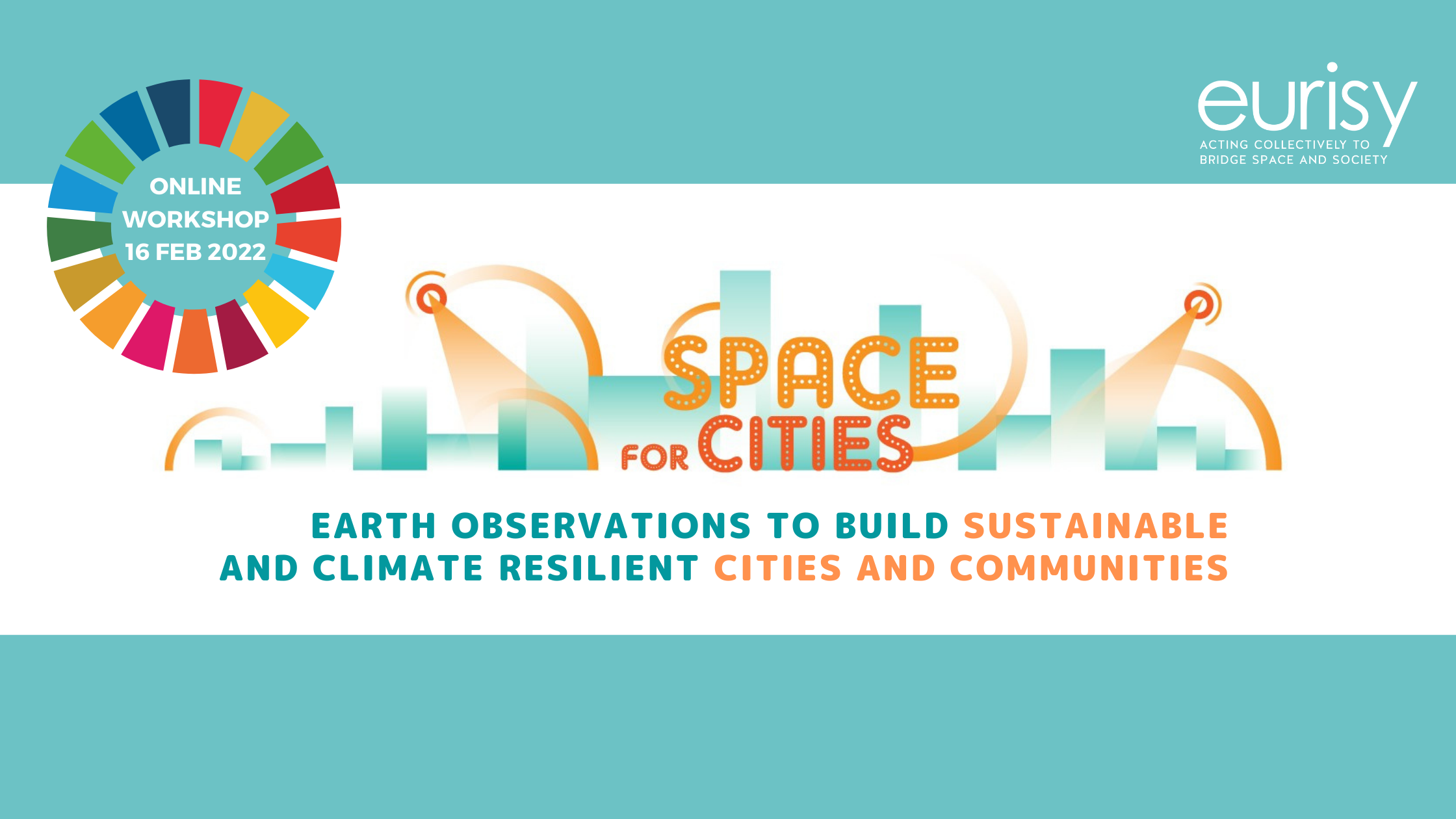 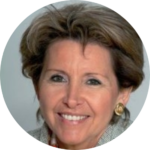 Dominique holds the title of Honorary Senator in Belgium. During her electing mandates in the Belgian parliament, which spanned 27 years, she invested a lot of energy in space matters. She held the position of Chair of the “Belgian Senate Space Group” and she also presided over the “European Interparliamentary Space conference”. She is currently the Chair of Eurisy, Board Member of Telespazio Belgium, Member of the Advisory Board of ESPI, member of the Advisory Board of Europlanet2021 RI and Vice-President of IAF. Through the combination of her long political expertise and her knowledge of civil society, she is really persuaded that Space must also focus on the world of end-users and public decision makers. 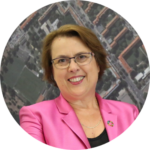 Prior to joining UNOOSA, she served as Director of Human Spaceflight at the European Space Agency, and previously also as Director of the Observation of the Universe at the Italian National Space Agency, ASI. She is an Academician of IAA and a member of WEF Global Future Council on Space Technologies since 2016 and its co-chair since 2020.  She co-founded Women in Aerospace Europe in 2009 and in 2017 became a UN International Gender Champion. She holds a Master’s Degree in Astrophysics and Space Physics from University “La Sapienza”, and Honoris Causa Degree in Environmental Studies, and an Honoris Causa Degree of Doctor in International Affairs. Ms. Di Pippo was knighted by the President of the Italian Republic in 2006 and, in 2008, the International Astronomical Union assigned the name “dipippo” to asteroid 21887 in recognition of her efforts in space exploration. She was also featured in a publication HERstory: A Celebration of Leading Women in the United Nations, a tribute to women’s participation in the development of the UN. Among other awards, she was awarded the Hubert Curien Award in 2018 as the first woman laureate. 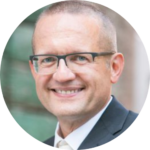 Marc Paganini is a technical officer of the European Space Agency in the Science, Application and Climate Department of the ESA Directorate of Earth Observation Programmes. He has more than 25 years of experience in Earth Observation satellite missions. His responsibilities are to elaborate, organise and manage novel EO applications and information services, with the objective to provide user communities with reliable, timely and continuous information about the Earth and its environment. His main field of expertise is the exploitation of satellite data for environmental governance and sustainable development. Marc Paganini represents ESA in a number of multilateral environmental agreements such as the Convention on Biological Diversity (CBD), the UN Convention to Combat Desertification (UNCCD) and the Ramsar Conventions on Wetlands as well as the 2030 Agenda on sustainable development. 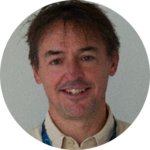 Thomas Kemper, Ph.D., is leading the Global Human Settlement Layer (GHSL) project at the European Commission, Joint Research Centre. He has a wide experience in remote sensing for the detection and characterization of settlements in support of EU policies. As part of the GEO Human Planet Initiative, he contributed to the discussions leading to the proposal of Resilient Cities and Human Settlements as fourth engagement priority of GEO. He obtained a Ph.D. degree in geosciences from the University of Trier (Germany) in 2003. From 2004 to 2007, he helped in setting up the Center for Satellite-Based Crisis Information (ZKI) of the German Aerospace Center (DLR), which provides rapid mapping information after natural disasters. Since 2007, he is working at the JRC on the analysis of human settlements in the GHSL project. 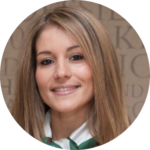 Her work focuses on extending uses of Earth science applications and research to advance sustainable development around the world, in alignment with the United Nations Sustainable Development Goals. Argyro serves as the Executive Director for the Group on Earth Observations (GEO) Earth Observations for Sustainable Development Goals initiative and leads the Steering Committee: Earth Observations Toolkit for Sustainable Cities and Human Settlements. Argyro received her PhD and MS degree in Atmospheric and Oceanic Science from the University of Maryland, a MS degree in Applied Mathematics and Statistics from Georgetown University, and a BS degree in Physics from the Johns Hopkins University. In 2020, she received the NASA Headquarters Honor Award for Excellence in Innovation for her global leadership in accelerating Earth observation uses for sustainable development. 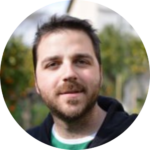 Orestis Speyer, M.Sc., is a member of the Impact Working Group of the EO Toolkit. He studied Physics at NKUA and graduated in 2005. Holds a M.Sc. degree in Environmental Physics (2008) in the Physics dept. of the same University. During 2009-2014 he worked as junior/senior IT in the private sector. He has since worked at the National Observatory of Athens in the Institute of Environmental Research and Sustainable Development (APCG Group) under several projects. His duties include pursuing exploitation options for the Group’s scientific tools/products and assisting in its science-policy interface. He is the SDG contact person of the Greek GEO office which is hosted by the Observatory.

Anna Markowska – Assistant Professor at the Institute of Geodesy and Cartography (Warsaw, Poland) and Expert in the Central Examination Committee (Poland) 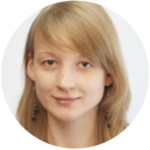 Anna Markowska studied geography and cartography in the Faculty of Geography and the Regional Studies University of Warsaw. Previously worked at the Faculty of Geography and Regional Studies of the University of Warsaw, as well as the Educational Research Institute and the T. Manteuffel Institute of History of the Polish Academy of Sciences. Ph.D. dissertation “Usability of area cartograms”. Member of the Earth Observation Toolkit for Sustainable Cities and Communities (The Group on Earth Observations and UN-Habitat; remote sensing and geodatabase for monitoring SDG 11), of the Commission on Cognitive Issues in Geographic Information Visualisation (International Cartographic Association), and of the Polish Committee for Standardisation (Geoinformatics). Recent project concert on geoportal and geodatabase, the automated serial map production process, using EO data in monitoring SDG 11’ goals and Smart Statistics.

Stella Psarropoulou – Coordination and Management at the Resilient Thessaloniki Office 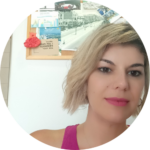 Over the past years, Stella Psarropoulou has been working on the development and implementation of the city’s Resilient Strategy “Thessaloniki 2030”, holding the portfolio of Financial Planning and Administrative Affairs and just recently became the Project Manager of the city’s Urban Resilience Observatory, a newly established Municipal Office launched in October 2019. She is the Project Coordinator of the European Investment Bank Finance Contract for the Municipality of Thessaloniki and project team member of a number of European funded projects relevant to her expertise. Moreover, she is the contact person for international partnerships such as the World Bank, for topics regarding the city’s Urban Economy policy agenda, SDGs and urban resilience. 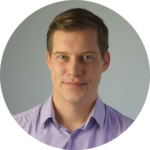 Andreas works on projects seeking to catalyse energy positive / low carbon built infrastructure and sustainable energy development.
Building on his background in architecture and urban planning, Andreas has been working in sustainable urban development policy research in Europe and Asia for nearly ten years. To better understand processes that shape our built environment Andreas worked in the private real estate sector, just prior to joining ICLEI.
In the course of his career Andreas has been engaged in research and capacity building in the fields of green buildings, multi-level governance and subnational climate-smart strategy making. In this context he has also contributed to international policy processes, such as Habitat III and the Sustainable Development Goals. Further professional interests of Andreas include public-private partnerships for GHG emissions reductions and renewable energy generation.