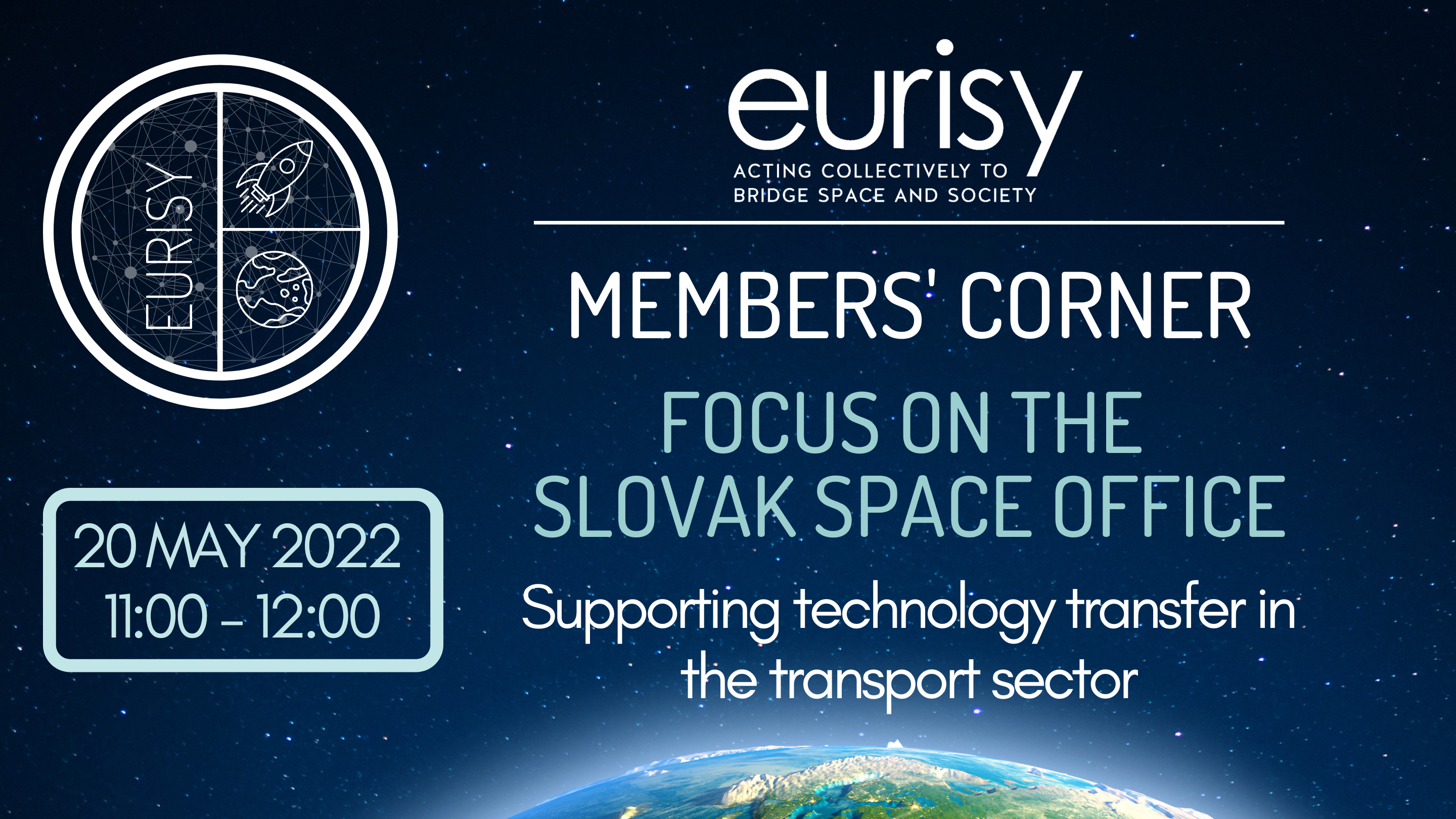 Supporting technology transfer in the transport sector, 20 May 2022

Open doors to foreign partners, connect European and global partners to local companies and look for the hidden potential of the national economy. This is the approach of the Slovak Space Office to enhance the development of the space downstream sector. 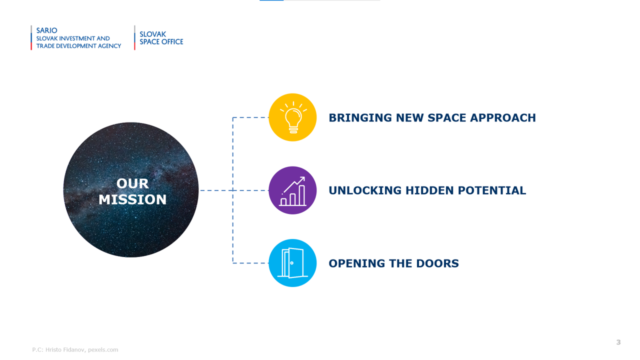 Daniel Sagath, International Cooperation Manager at the Slovak Space Office, introduced the audience to the activities and the mission of the newly established national space agency, created one year ago as a common project of the Ministry of Education, Science, Research and Sports and of the Investment and Trade Development Agency of Slovakia.

A formula that combines tradition with innovation and that has proved to be successful to get the interest of local entrepreneurs towards the opportunities offered by the space sector both upstream and downstream. The SSO has launched its first business incubator last year and is looking forward to implementing larger projects in the next future.

Slovakia collaborates with policy-making bodies on the international space scene since several years, and the country is soon to join the European Space Agency as an associate member, which will unblock more funding and support opportunities for Slovak companies interested in the potential of satellite applications.

Different Slovak state organisations (ministries and national authorities in charge of transport infrastructure, land monitoring and border control, among others) profit or could profit from GNSS services. 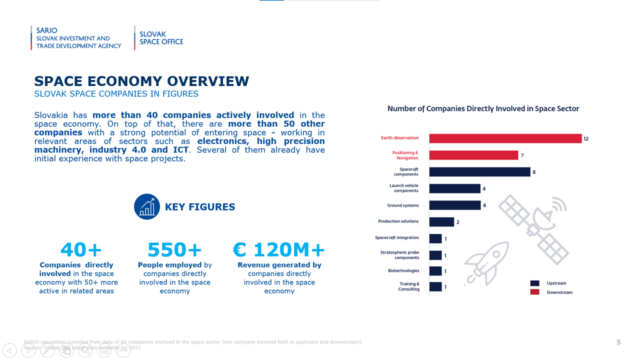 To give examples of the creativity of the Slovak SME ecosystem, in this second webinar of the Eurisy Members’ Corner series the Slovak Space Office introduced three companies, successfully established on the market, that are using satellite navigation and imagery to boost innovation in road and air transport. 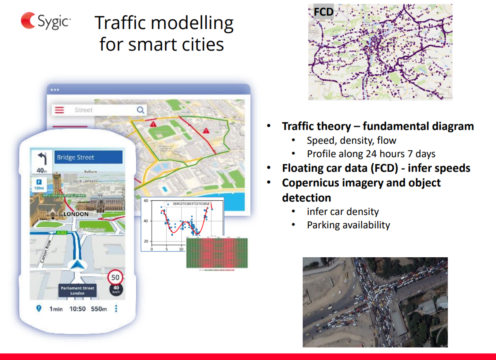 Sygic, a company with 18 years of existence and 200 employees based in Bratislava and Brno, has developed an app/ software based on satellite navigation which has been downloaded by over 200 million people, including more than one million professional drivers, and that counts 12 million monthly active users.

The company is also looking into the potential of Copernicus satellites to collect floating car data, in particular to assess car density, and to build augmented maps, for example to inform drivers about the weather and city managers about pollution. 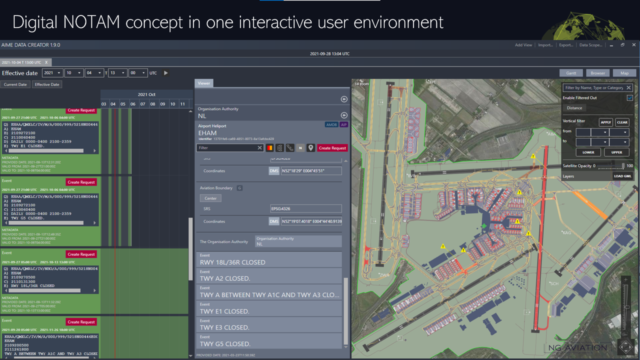 NG Aviation provides instead services to facilitate the digital transition of the civil aviation sector. NG Aviation developed a service based on GNSS to improve airport traffic management, which allows relevant stakeholders to communicate in a common language and using a common data format while supporting a single source of truth.

Ivan Kratochvil, Sales and Business Development Manager at NG Aviation told us that they are mainly interested in using Earth observation data as the main layer to present the information that airport authorities and stakeholders need to share to grant the smooth and safe functioning of an airport. By merging their data with the satellite-based data, NG Aviation can produce real-time statistics that offer a real-added value to improve airports’ cost-efficiency. 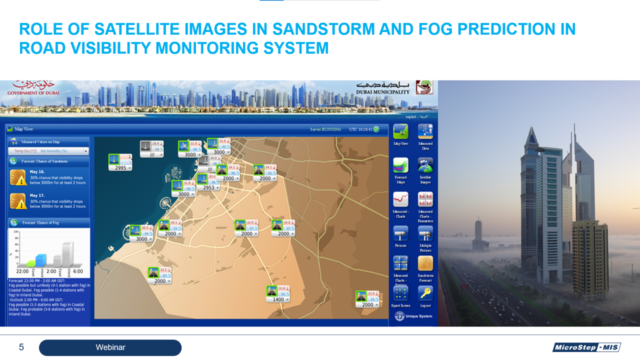 Microstep-MIS  has 30 years of experience in developing and manufacturing monitoring and information systems, in data processing, research, and numerical modelling in more than 80 countries. Microstep-MIS targets several sectors, including aviation (the company developed aviation weather systems for 370 airports), hydrology and road transport, among others.

Juraj Bartok, Head of Research at Microstep-MIS, explained that for maritime meteorology, they use satellite navigation data to trace meteorological buoys carried by sea currents. Moreover, Mr Bartok showed how the company employs satellite images taken with 5 to 15-minute frequency to improve fog forecasts in Dubai, where drivers and public authorities need to be warned about dense fogs in highly trafficked highways.  He showcased how satellite imagery allows for the visualisation of the position and the movements of the fog to adjust forecasts and warnings. Finally, he explained how they use EO also to tune up models for sandstorm predictions.

The three examples showed how satellite data can be creatively used to enable innovation in the transport sector and increase transport security.

To know more about the activities of the Slovak Space Office visit: https://spaceoffice.sk/

The recordings of the webinar are available here:

Stay tuned for the next webinar of the Eurisy Members’ Corner that will be hosted by the Belgian Science Policy Office on the 17th of June 2022 between 11:00 AM and 12:00 AM CET!