Turkey’s 4th largest metropolis is located in the north-western Marmara Region. Nestled at the foothills of Mount Uludag, south of the Marmara Sea, the city is famous for its place in Ottoman History. Between 1335 and 1363, Bursa acted as the first major capital of the newly Ottoman Empire, and has been at the crossroads of trade and cultural routes ever since. Its rich historical heritage is attested by 27 archaeological sites and more than 2000 unique cultural and architectural monuments across the province. Despite being one of the most industrialised cities in Turkey, the city also hosts an extensive green patrimony of parks, greeneries and thermal waters.

Due to its location and burgeoning economy, the city’s metropolitan area is rapidly and constantly changing. In parallel, the city’s population also grew substantially. From approx. 61,000 in 1927 to more than 1, 8 million people today, as new residents flowed in enticed by the growing manufacturing and textiles industries. This exponential growth has in turn strained the capacity of existing urban infrastructure and public services.

The rapid expansion of industrial zones threatened also natural conservation areas. As the city expanded, concrete took over green areas, causing a significant loss in biodiversity and agricultural land. Heavy industrialisation also translated into higher air pollution levels and population health risks. Mitigating these challenges alongside others, such as, water contamination risks or illegal housing, became a complex task for the municipality’s GIS Department. Moreover, city authorities need to cater for their citizens’ wellbeing and maintain high quality of live standards though stable employment and economic growth. To navigate all these needs the city needed a one-stop shop for information.

To assess the impact of the city’s rapid expansion on the urban landscape and green spaces, the municipality turned to satellite imagery. In 2011, NIK System, a Turkish company providing both acquisition and Earth Observation imagery processing services, captured the municipality’s 11,000 sqkm area with WorldView 2. Fourteen days were enough to obtain the required 0, 5 m resolution data. On-site GPS measurements and topographic maps helped further data corrections and improved accuracy. Additional colour balancing and mosaic applications were also carried out. Having been acquired for the municipality, the high resolution data is not shared with other public authorities.

Once processed, the images were integrated into the municipality’s geo-information system (GIS). Thus, complementing the existing layers of Landsat data used. The web-based software, which includes several types of data access, is used and shared externally and internally, among the municipality’s departments. Every year or second, the municipality refreshes its datasets with new layers of information. Depending on the budget and their needs, city authorities decide what type of imagery to purchase. For example, in the past years, the municipality preferred to acquire aerial images to satellite ones for their updates.

To support citizen driven initiatives, the municipality shared parts of its data for the Bursa 3D City Information System project. Older satellite and aerial images, address data, important places (hospitals, schools, touristic facilities, etc.) and transportation data, which are owned by the Metropolitan municipality, can be accessed easily, quickly and clearly on a web portal. The portal also comes with its own visualisation tools which can be freely downloaded. As such, by using the available open software, anyone can create their own maps of Bursa.

Information on soil subsidence, green and water areas, agricultural lands, illegal buildings, as well as urban sprawl obtained through satellite and aerial imagery are all contained in the GIS system. As such, by merging data from various sources, the municipality can monitor landscape changes faster and more efficiently. Subsequently, satellite derived information also support plans for new infrastructure or cadastral projects. Thus, feeding into the municipality’s plans to turn Bursa into Turkey’s first smart and sustainable city. Railway refurbishment to improve urban mobility and relocating industrial zones outside the city, are amongst the envisioned actions for the future. 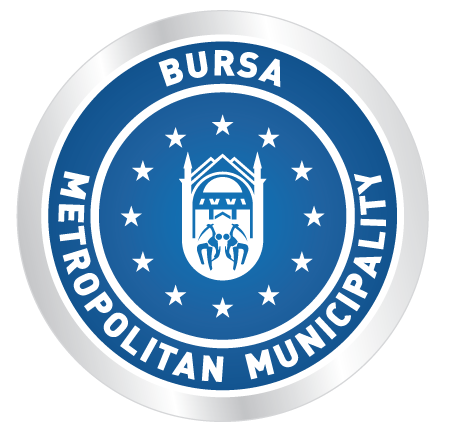