Home   /   Success Stories   /   Stick to the training with satellite data

Stick to the training with satellite data

Stichtsche Cricket & Hockey Club (SCHC) is a Dutch sports club based in Utrecht. The club exists since 1906 and is best known for its field hockey department. While their men’s hockey team currently plays in the second division, the women’s team has played at the highest level since 2004 and is one of the top teams in the Netherlands.

Lucas Judge is a former field hockey international. In 2018-2020 he was the assistant coach for the Netherlands’ national women’s hockey team, the reigning world champion, and he is currently head coach of the SCHC women’s team. 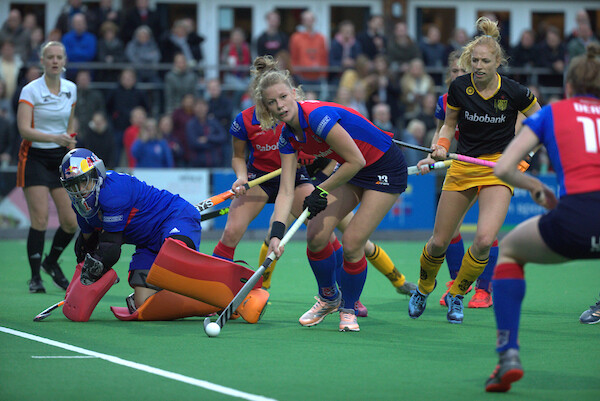 During the 2020-2021 season, the club is competing for a spot in the playoffs with the four best teams of the national league. Six players within the team are also preparing to play in the national team in the Olympics. For the club, maintaining fitness levels during the season and avoiding injuries is essential to performance. Lucas and his staff were looking for reliable ways to improve performance monitoring of their athletes that would not be perceived as stressful or invasive.

Lucas is a strong supporter of performance tracking technologies. He witnessed the very early stages of GPS technology around 20 years ago, when Catapult Sports was starting up in Australia and had the opportunity of testing tracking devices during his playing days.

In 2018 the club decided to start using the JOHAN Sports tracking system. Ever since, players have been wearing a compression vest featuring a sensor between their shoulder blades. The trackers geolocate the movements of the players on the pitch with satellite navigation and provide in-depth data on a wide range of parameters including velocity, deceleration, acceleration, positioning, covered distance, and player load.

An analysis platform allows data to be stored, processed and analysed online. The coach can then see a list of statistics of all the players on a tablet, smartphone, laptop, or any other kind of digital interface. The software offers additional analytical tools to make training reports, providing quick feedback and a better overview.

Better knowledge of individual player performance allows sports scientists and coaches to make informed decisions about training content and enables more accurate and tailored programme planning, for instance extra rest when a player is at risk of injury due to fatigue. The data can also be used to trigger the curiosity of players, as they are now able to verify how intensely they have trained.

While the data should not be sacred, it is a valuable source of information and when interpreted in the right way it contributes to a better training plan resulting in a fitter team. “It is hard to identify a causal relationship between the use of the trackers and a decrease in injuries, but I am convinced that it makes a positive contribution to our overall training programme as it allows us to make better informed decisions. Being able to monitor players remotely is also an asset, especially given the COVID-19 situation. Players can take a sensor with them and wear it during a workout at home.”

The trackers have become an integral part of the game for today’s top clubs. JOHAN Sports strives to make their system affordable for sports teams on all levels. At SCHC both the men’s and women’s first teams make use of the trackers and a limited number of trackers are made available to the coordinators of the youth teams.

“Personally, I consider the technology a must at the highest level and in recent years I have really seen the usage of satellite tracking technology become mainstream within most professional clubs.” 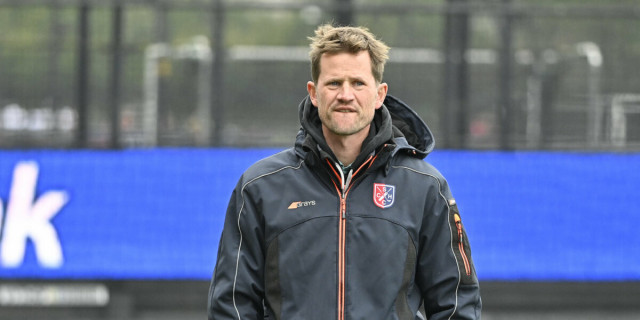 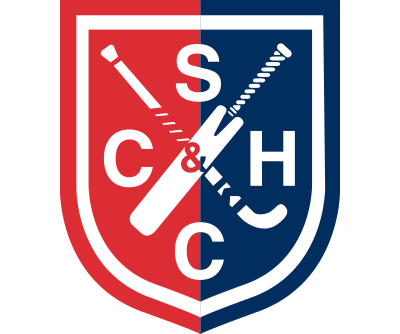