From the 24th to the 25th of June, the second edition of the Space Summer Festival took place in the cultural pop-up venue of SeeU in Brussels. The event promoted space initiatives and emphasised the importance of multidisciplinarity in the space sector. Families, enthusiasts, students, and young professionals were all welcomed to learn more about space through engaging science talks and inspirational exhibitions.

With its 33 conferences in English, French and Dutch, including 54 speakers, 20 stands, and numerous social activities, the Space Summer Festival 2022 stressed the importance of space research, showcasing future human endeavours towards the Moon and Mars, as well as the relevance of space for the preservation of our environment on Earth.

For the first time, Eurisy participated to the event. Leveraging on its experience in bringing space closer to non-space actors, the Eurisy stand offered visitors a chance to learn more about what space can do for our society. With the Space Service Hub Virtual Reality Tool, visitors experienced with their own eyes how European satellite-based services provide solutions in various sectors, from monitoring oil spills at sea to detecting ground movements endangering infrastructure in urban areas. 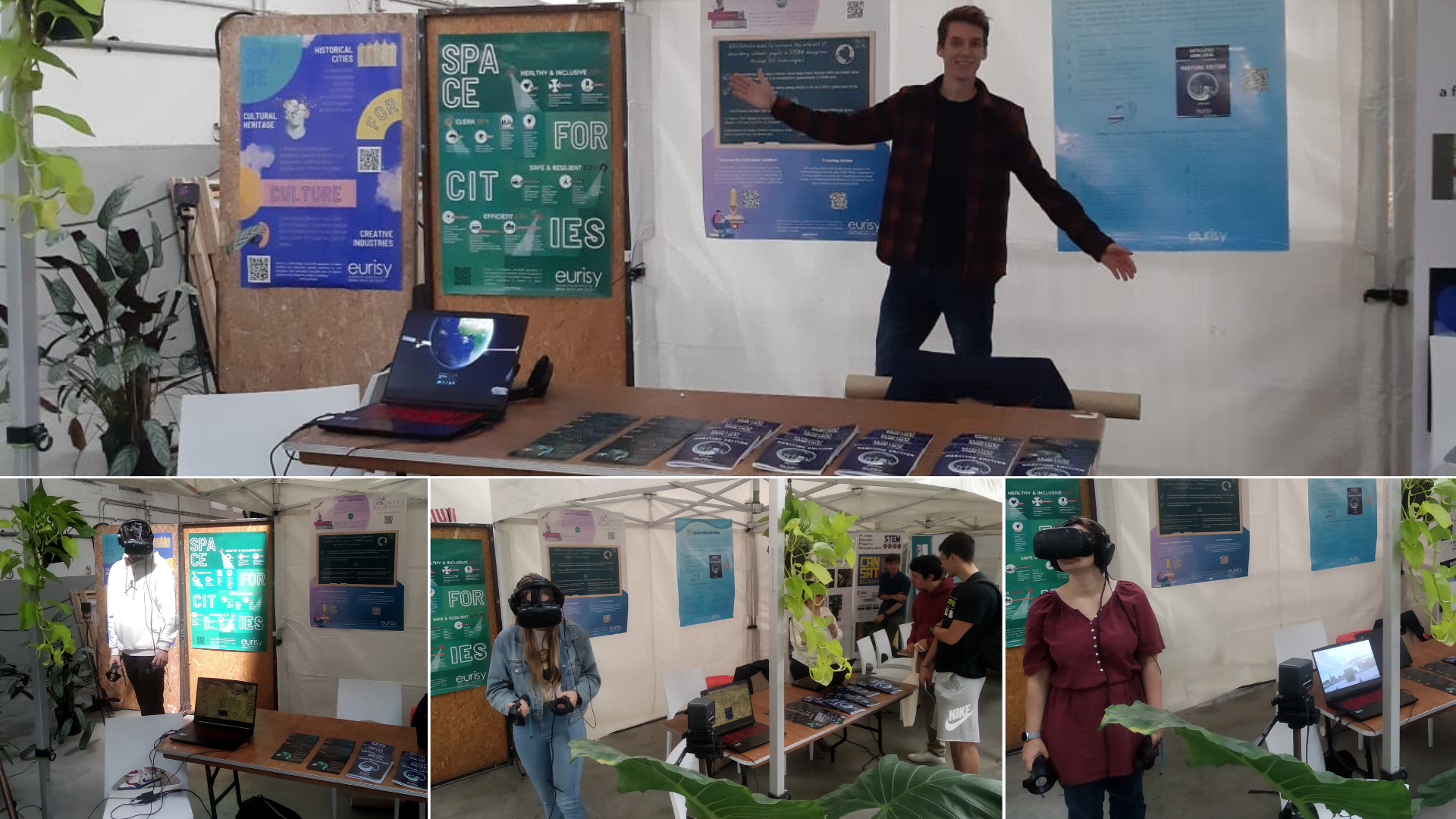 “Visitors, including the youngsters, had a blast with our virtual reality tool! It was so cool to have astronauts, rockets, and satellites mixed with festival vibes in the Belgian capital.” – Corneel Bogaert (Eurisy Project Officer)

One of the core topics of the Space Summer Festival was space technology for climate change. Alessandra Vernile presented some of the ongoing Eurisy activities related to the use of satellite data for environmental monitoring and climate action during the panel on Space & Climate. Eurisy is actively involved in raising awareness and supporting the uptake of satellite-based solutions for the European Green Transition. In particular, the presentation focused on the Erasmus+ project GIS4Schools in which Eurisy is one of the partners. The project aims to place space technology and climate action at the core of the school of tomorrow, while stimulating the interest of future generations towards STEAM subjects. The example of GIS4Schools was especially relevant to inspire the younger audience and to encourage them to be part of the change. 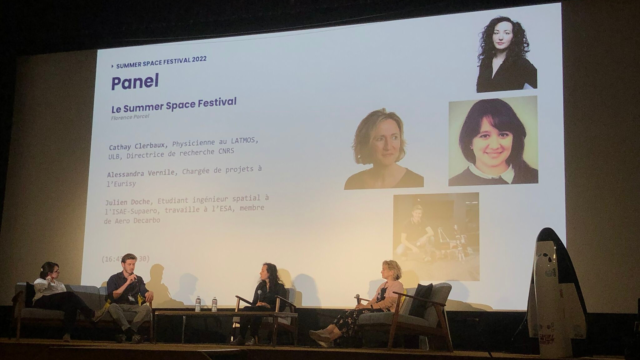 “Presenting in front of an audience filled with students and young professionals, and answering their questions was a stimulus to do more in the pursuit to bring space closer to society!” – Alessandra Vernile (Eurisy Project Officer)

Kudos to the organisers of the Space Summer Festival 2022 for the great event and we look forward to next year!