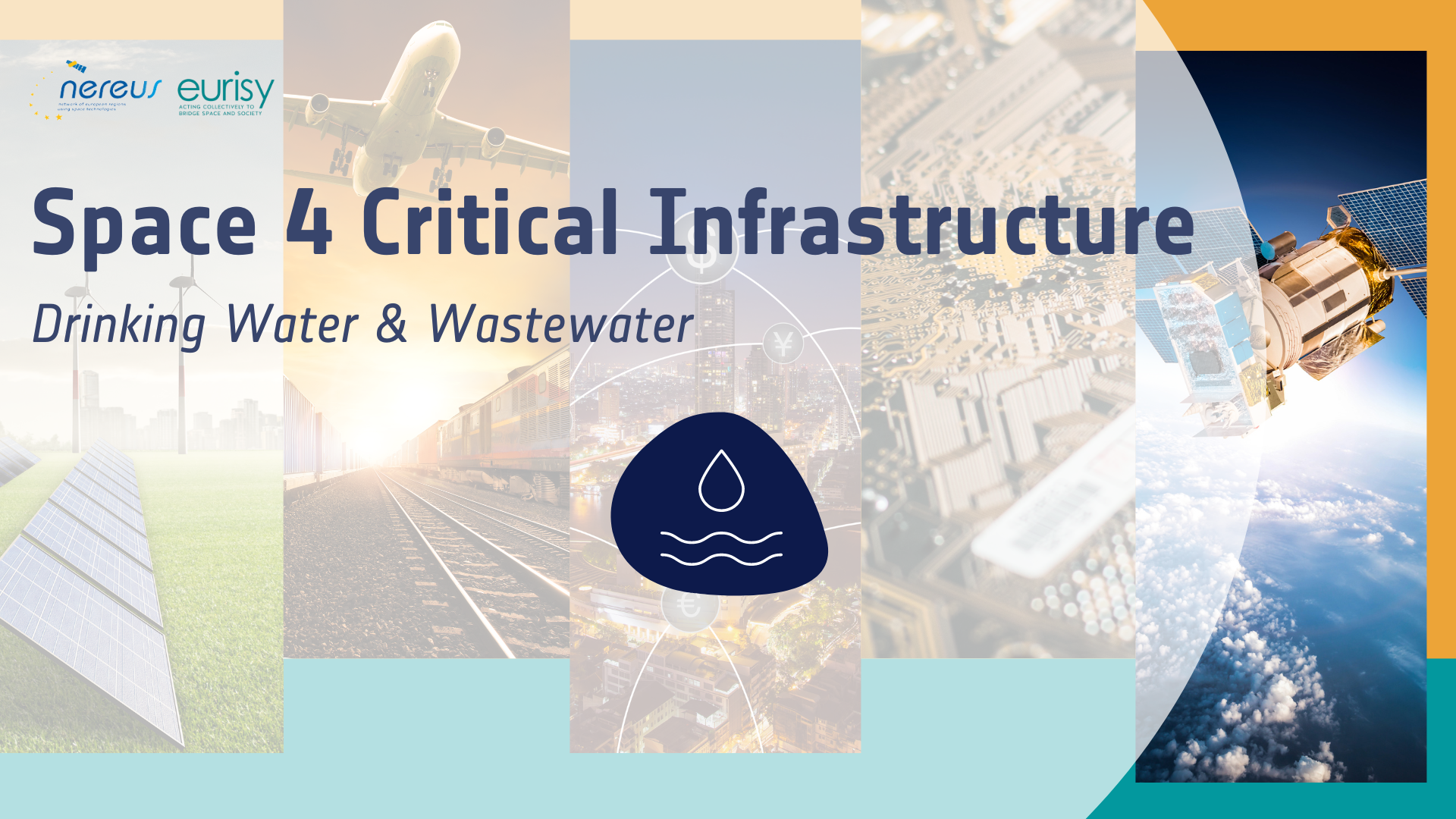 Space 4 Critical Infrastructure, a webinar series co-organised by NREUS and Eurisy, focuses on eleven sectors identified in the EU Directive on the resilience of critical entities.

Climate change results in increasingly frequent water scarcity and drought. The protection of water resources is one of the cornerstones of Europe’s environmental policy. The European space data stream provides multiple opportunities to make our water use more efficient. This fourth thematic session of “Space 4 Critical Infrastructures”, held on November 24th, showcased examples such as mapping water infrastructure and detecting underground leakages.

Andrea Aliscioni, Director of Metropolitana Milanese, an Italian public entity managing access to public water and handling the treatment and disposal of waste water, highlighted how Sentinel-1 data are used to support the management and maintenance of the public sewerage network in Milano.

MM it is not new to the integration of cutting-edge technologies to optimise to increase the performance of the services delivered to their partners. Already in 2018 the company through satellite based solutions could provide accurate data to the Municipality of Milano to address more efficiently disturbances in the water distribution grid. The original service is better described in a video realised under the Copernicus4regions Initiative. Mr Aliscioni, during the session referred to the complex underground infrastructure of the sewerage network in Milan with large sewer pipes with an extent of approximately 1560km. The company to deliver an effective service would need a continuous and hence permanent monitoring of water and wastewater networks and other structural issues. Rheticus® the digital platform developed by Planetek Italia, and enabled by Sentinel-1 data, detects monthly subsidence over the city including roads and pipes. Mr. Aliscioni pointed out that this has been a pioneering solution and attracted the attention of other regions, such as Emilia Romagna. The solution has been updated to a higher UML 5. 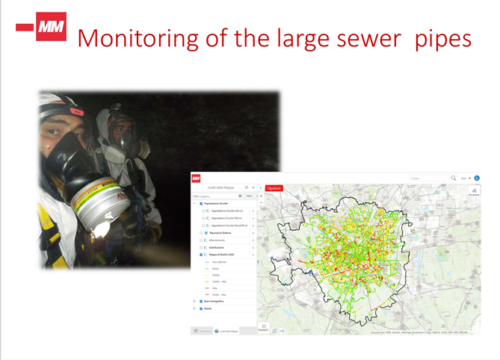 Representatives of the private sector shared their use cases on drinking water and wastewater explaining why satellite solutions reinforce the protection of water resources. Mr Enrico Schiesaro, the market development manager of Neptune Srl-Cosmic Water Leaks, presented its space-based solution for identifying water leakages on any type of pipeline and distribution networks. Mr Schiesaro showed some figures on the yearly water losses in Europe accounting for 32% of the total. In Italy alone on a total amount of about 9.5M m3 of water introduced in the system, only 4.5M m3 is the final amount reaching our taps, with a 52.6% of losses on the distribution grid. Nonetheless, the replacement of the whole system would be extremely expensive, thus unsustainable for small municipalities and not always effective. Therefore, specialised operators used traditional solutions, such as the acoustic method to check the network. However, this method presented several limitations especially on the allocation of resources both economic and human. By combining nuclear physics applied to soil moisture with new methods including satellite data and analysis, it is possible to detect leakages with high accuracy. Installing a cosmic rays detector on a moving vehicle enabled to dynamically map the water leaks. Discussing with the panel, he outlined that commercialisation of innovative space technologies is today the frontier and the challenges at the same time. However, int his specific case, the company being a Cosmic’s spin-off, could benefit from an established network of interested parties, smoothing the way towards a viable and profitable service. 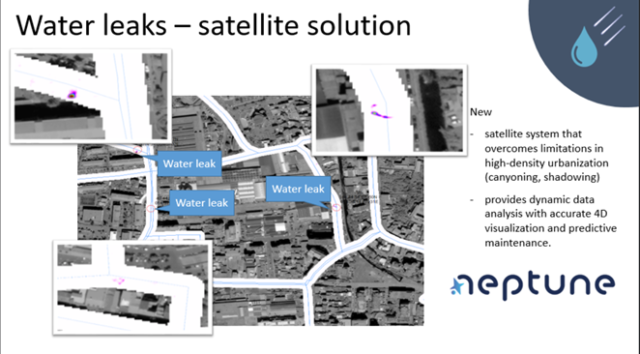 Remote sensing specialists, Mr. Damien Barache from L3Harris Geospatial solutions and Ms Giulia Tessari from SARMAP SA.Water_Infrastructures, presented an operational Sentinel-1 monitoring system for a water facility in Hungary. Continuous monitoring of a country’s aging water distribution infrastructure became a crucial issue in the last years. Mr. Barache highlighted that the ENVI SARscape solution developed by SARMAP supports Sentinel-1 products by taking the data from hard-to-interpret numbers and turning it into meaningful, contextual information. Ms Tessari described the time-effective service outlining that InSAR applications allow retrieving small displacements and the temporal evolution of the deformation rates over sensitive infrastructures, such as pipelines. Regarding the uptake of this technical solution addressed to organisations, such as ministries, Ms Tessari responded that the solution is tailor-made to the customer’s needs including the provision of software and training sessions. In conclusion, all agreed that the final user should be part of the solution. 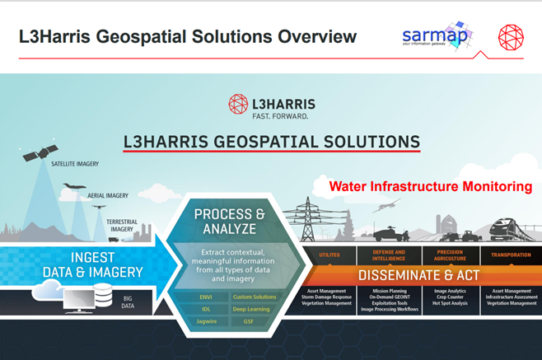